Passing away of Michel Mayeur 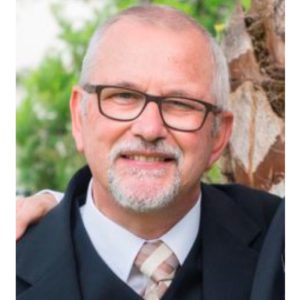 It is with great sadeness that we have had to say goodbye to Michel Mayeur. Born on the 17th of November 1951 and passed away on the 18th of December 2018, after a long fight against cancer. Michel had just celebrated his 67th birthday. Despite the pain he has passed away peacefully, which is a great source of comfort to his family and friends.

In 1978 Michel Mayeur was hired as an intern pastor in the Belgian-Luxembourg Conference. In 1984 he was ordained while he was working for the North France Conference. Besides serving several churches in North-France and Belgium, he was the general editor for the magazine Signe des Temps. After 11 years of serving the BLC, he also served for two years as General Secretary of the conference. In 2012 he was able to go with retirement. During his retirement he had a hard time with some of the decisions the General Conference took and wanted to not be a member of the church for several years.

We say goodbye to a husband, father, grandfather, friend, pastor and church member. The funeral will take place on Saturday the 22nd of December at 10:00 hrs. You can leave a message for the family via the website of the Centre Funéraire. We wish the relatives Chantal Segers, the children and grandchildren much strength and blessings during these difficult times.